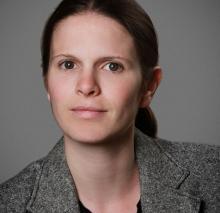 Jasmin Lorch is a Research Fellow at the GIGA German Institute of Global and Area Studies. Her current research interests include civil society developments in the Philippines, Bangladesh and Algeria, democratization and political conflict in Bangladesh, and the political transition in Myanmar. She has been involved in consultancy work for various development agencies working in Myanmar and Bangladesh.

This individual is a guest contributor for mei.edu, and is not affiliated with The Middle East Institute.